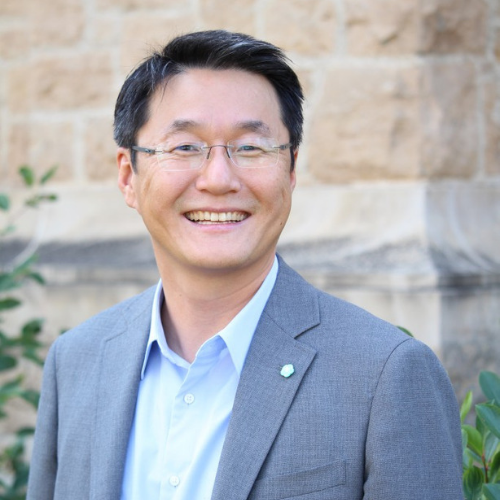 Sangkee Min doesn’t merely want to push the envelope of possibility for manufacturing; rather, he hopes to redefine the envelope entirely, ushering in a new era of truly innovative designs.

Product development involves an iterative dialogue between designers and manufacturing engineers. Oftentimes, the brains behind creative new concepts find themselves at odds with the operators of the machines that must produce the finished object. Cost, material and manufacturing limitations require designers to repeatedly rework their original visions before the final product leaves the assembly line. This back-and-forth postpones progress and stifles innovation.

During the late 1980s, a new paradigm called “design for manufacturability” emerged. Engineers sought to educate designers about manufacturing processes. Designers began conceptualizing products with an eye toward maximal yield for minimal cost. Under this framework, the average time for an innovation to come to market has drastically decreased. However, seeing design as simply another cost-reduction strategy stifles innovation and constrains creativity. Designers reign in their ideas to conform to existing manufacturing constraints, as industrial engineers resist implementing changes that could allow for pioneering products.

“Manufacturing engineers are conservative,” says Min, who in fall 2015 joined UW-Madison as a professor in the Department of Mechanical Engineering and in the Grainger Institute for Engineering. “They don’t want to invest capital in changing machinery to embrace new techniques because they are constantly under pressure to reduce costs.” He says that the industrial environment offers engineers scant opportunities to explore or adapt new technologies in their daily practice.

The resistance to change on the production side, combined with designers restraining their ideas to conform to existing limitations, leads to a spiral of stagnation.

Min wants to break this cycle. “Everyone is stuck with outdated concepts about what is possible. The market isn’t competing with new ideas,” he says.

Rather than framing design as one more opportunity to cut costs, Min aspires to flip the script. “If you can deliver something good that the consumer will buy, then you are the value-added process,“ he says. He envisions a future where designers, unencumbered by manufacturing constraints, have ultimate freedom to produce their most avant-garde ideas.

With that mantra in mind, Min comes to the Grainger Institute to advance a new theory of concept-creation called “manufacturing for design.”

Manufacturing for design dictates that rather than revising a concept due to manufacturing hurdles, engineers should work together to overcome traditional challenges standing in the way. Min aspires to bring together experts across a panoply of manufacturing processes to attack any problems from multiple angles. Drawing from his experience in industry and the expertise of UW-Madison faculty, he hopes to create a network of innovation from a huge knowledge base, including specialists in photolithography, metal cutting, injection molding, etching, additive manufacturing and advanced manufacturing in order to produce truly innovative designs.

The applications of manufacturing for design range from high-performance consumer products to scientific instruments. Min recently applied this idea to producing components for electron microscopy at Lawrence Berkeley National Laboratories. The scientists working within the group said that they typically met a wall of rejection from engineers when they asked for high-performance precision parts within their instruments. Rather than telling the physicists that their vision for improvements to the reactor was impossible, Min applied his own expertise in nanoscale cutting to find a way to fabricate the requested parts. His open-mindedness not only advanced the field of manufacturing, but fostered discovery by providing a new tool to researchers.

Min comes to UW-Madison with extensive experience ranging from his affiliation with Keio University, one of Japan’s centers for engineering excellence, to his time as executive director of the Manufacturing Institute for Research on Advanced Initiatives (MIRAI) in Berkeley, California. He hopes to contribute to society by helping with innovative designs, and sees the Grainger Institute—and the university overall—as the perfect arena to further his vision.

“In an industry setting, manufacturing for design is a huge risk because I cannot guarantee a result. It is research-focused manufacturing at this moment,” says Min.

While working within the university, he plans to interact with designers and engineers to identify current challenges, which he will translate into research projects. “Wisconsin is the only place I’d be able to do this kind of work,” he says. “It requires a huge amount of collaborative effort, not just one professor driving research.”

With the support of the Grainger Institute and the entire engineering college as resources, Min hopes to explore unprecedented frontiers in manufacturing. He doesn’t merely hope to push the envelope; he wants to refold the envelope into an innovative, unorthodox, entirely new shape.