Of the 1,200 conference papers submitted, 66 were selected as the best by their respective conference committees. Four of those papers were designated the “Best-of-the-Best,” including Gross’s contribution. 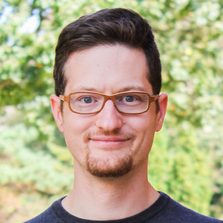 The paper is titled “Beyond Low-inertia Systems: Massive Integration of Grid-forming Power Converters in Transmission Grids” and was selected by the Power System Dynamic Performance Committee.

Power grids operate on a stable frequency. In the past, conventional power-producing facilities could synchronize production to maintain that frequency. However, the introduction of renewable energy can lead to instability in the grid. The paper models ways large-scale deployment of grid-forming converters would impact grid frequency and shows that they could help successfully integrate even more renewables into the system.

Other authors include Ali Tayyebi, Catalin Gavrila, Adolfo Anta and Friederich Kupzog of the Austrian Institute of Technology; Alessandro Crivellaro of the University of Padova, Italy; and Florian Dörfler of ETH Zurich, Switzerland.