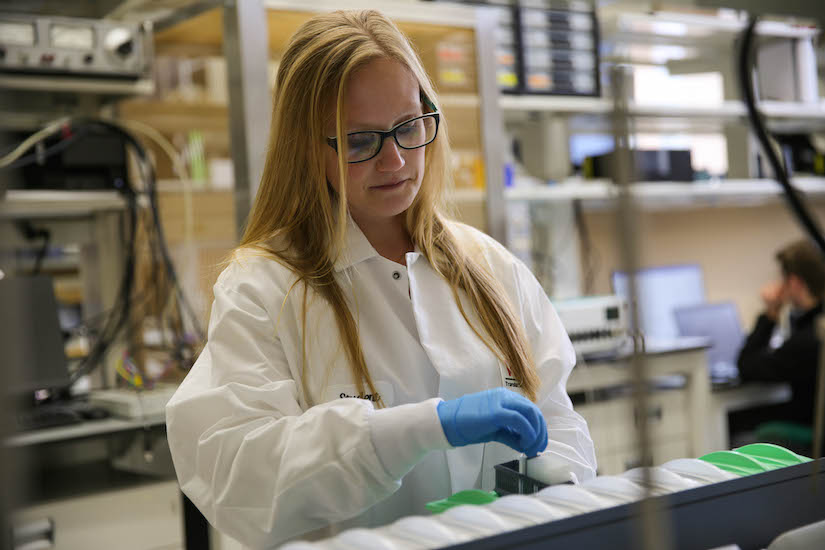 Within the rapidly growing field of neuromodulation, which involves electrically stimulating nerves to treat a host of medical conditions, one nerve in particular has attracted the interest of the medical community.

The vagus nerve’s extensive reach within the parasympathetic nervous system (the longest cranial nerve, it essentially traverses the brain to the gut) means it offers a versatile avenue to potentially combat disparate diseases and dysfunction.

Yet, while U.S. Food and Drug Administration approvals accumulate for neural stimulating devices, too often neuromodulation treatments cause problematic side effects, such as uncomfortable tightening in the neck muscles. A historical dearth of knowledge about the fundamental biological mechanisms at play makes precision treatment an ongoing challenge.

In an effort to uncover some of those underlying details, University of Wisconsin-Madison biomedical engineers have found a previously unknown functional microanatomical organization within the vagus nerve. Their work, detailed with collaborators in a paper published online Feb. 28, 2020, in the Journal of Neural Engineering, lays out a roadmap that could greatly bolster efforts to selectively stimulate the nerve—optimizing treatments while minimizing side effects.

Megan Settell, a graduate intern in biomedical engineering and the paper’s first author, and Kip Ludwig, an associate professor of biomedical engineering and neurological surgery, led the multi-institution study. The results reveal a predominantly two-pronged organization of the fascicles (bundles of nerve fibers inside the larger nerve) in the cervical vagus nerve, a popular stimulation site in the neck, with one set essentially projecting to muscles and the other to organs.

“In humans, the vagus nerve has over 100,000 fibers,” says Ludwig, who’s also the neuroengineering lead at the Grainger Institute for Engineering at UW-Madison. “It was known they’re organized in some way. We have found that they are organized in a very specific way where we can predict where the wires that cause the side effect are and where the wires are that cause the therapeutic effect, and then more intelligently place electrodes.”

By sampling and analyzing a 10-centimeter section of the cervical vagus nerve in pig models and drawing on data from other animal models as well as human cadavers, Settell’s work also adds the kind of detailed, comprehensive comparison that’s sorely needed to better inform future device design. Ludwig, who previously worked in the medical device industry and as program director for neural engineering at the National Institutes of Health (NIH), says a richer understanding of the neural anatomy in both humans and animals could dramatically cut the time to market for stimulation devices by improving the relevancy of early proof-of-concept testing.

During his time at NIH, Ludwig helped launch the Stimulating Peripheral Activity to Relieve Conditions (SPARC) Program, which seeks to speed translation of neuromodulation therapies and funded part of this study.

“We’ve found that even just small rotations in the way you put the cuff on could have variances in the side effects,” says Settell, a PhD student at the Mayo Clinic Graduate School of Biomedical Sciences who’s working in Ludwig’s lab at UW-Madison. “Our goal is to design our upcoming experiments around the organization that we characterized in this paper, partly by visualizing the organization during surgical implantation using ultrasound. This would allow us to take advantage of the vagotopy by optimizing electrode placement in real time.”